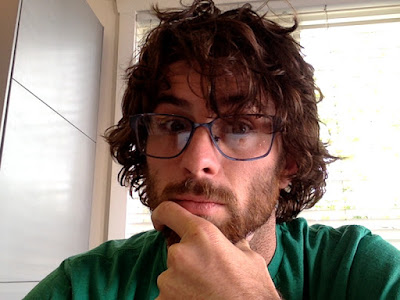 Life is much like the roads I've traveled: long, winding, and full of dips and inclines - some so steep you nearly stall out and start sliding back the other way. Nevertheless, there is always a destination - even if you can't see one.

Don't blink, because in less than a second your personal existence, the one you know and live each day, can be completely turned inside out.

For example, the phone call I received this morning. Allow me to explain...

The past year has been quite the whirlwind. In January of 2015 I dropped everything I thought I needed to be doing and started simply being. I packed the trunk of my financed Corolla, put loans on pause, declined several job offers, put in notice at my job, and left for lands unknown; seeking not just exploration of self - but a greater understanding of life and time overall.

I haven't "had to be" anywhere in the past 10 months. Everywhere I've been at any given moment has been precisely where I've wanted to be at that time. When I tell people that I've been traveling America on a road trip, they expect maybe a couple weeks or a month at most - their jaws practically drop when they hear 10 months; this sort of freedom in our society is only acceptable for the retired, who have spent their entire lives working and earning the ability to finally do as they please - not the 26 year old recent graduate.

Within these past months, I've learned the tools to travel and work across the country.

I've learned how to to be able to work just 4 days a month, whenever and wherever I choose, and then spend the rest of the month doing things which excite me and drive me to personal happiness.

Nonetheless, this has NOT been an easy process.

Living and working on the road can be fun! However, our civilization makes it EXTREMELY difficult to be successful doing so. We seem to condone this sort of behavior, making strict regulations to ensure permanence of place as opposed to exploration and discovery.

I've lived and worked in almost half of the USA; seen the wonders of dozens of National Parks, Forests, and Monuments; saw too many people flashing at Mardi Gras in New Orleans and on any typical day in San Francisco; enjoyed beers and a beach bonfire in Corpus Christi, TX; drove 50k miles in less than a year; saw the Hollywood sign in LA, Saturn's rings in Carson City, NV, and our Milky Way Galaxy from the tallest peak in Texas. I swam in the cold water at Barton Springs in Austin, TX; watched a movie at a drive-in theatre in Reno, NV; brewed beer for beer in San Luis Obispo, CA; won a game of giant chess in Portland; got kicked off Google bikes at Google in Mountain View, CA; watched the sunrise and sunset from atop a volcano at Craters of the Moon National Park; layed next to otters in San Diego; braved the nude beaches of the west coast; watched the 4th of July fireworks camping at Lake Tahoe in the Sierra Nevadas; toured Deschutes brewery in Bend, OR, the Jelly Belly factory in Fairfield, CA, the Tabasco Factory in Louisiana, and Airbnb in San Francisco. I volunteered for a week at Best Friends Animal Society in Kanab, Utah; hiked 7 miles via moonlight to hot springs in New Mexico; watched The Weepies concert in Boise, Idaho; saw the very first Starbucks in Seattle and the first Chipotle in Denver; learned the true purpose of a windshield defroster outside Dallas, Texas; walked the light bridge in Chattanooga, TN; saw the Oklahoma City bombing memorial in Oklahoma, the Fine Arts museum in Houston, and the Civil Rights Museum in Birmingham, Alabama; and many, many more.

Most importantly, however, I met the acquaintance of hundreds of people, each of whom had some knowledge to impart, and half offered up their homes for me to sleep.

Conversely, I've been challenged to overcome fears I couldn't have imagined. I've been scared to death on the side of a mountain in El Paso, TX without a phone or water, off-trail, legs wobbling, and no one within miles to hear my pleas for help. I've been lost in the desert of Arizona at night with no light, no water, and no phone - only a bathing suit, a tee shirt and the mind to survive. I've ran from gun shots and been accused of robbing a home in San Francisco; closed my thumb in a door in Las Vegas, NV and gotten sick in Salt Lake City, UT; I've experienced love and loss; hid from lightning at Guadalupe Mountain National Park; paid for gas using change in Fresno, CA; broken down in Mississippi, San Francisco and in the 110 degree Fahrenheit heat of Death Valley National Park; I've slept in my trunk for the greater part of a year and I've struggled mentally, physically, and financially to the point of literally collapsing to my knees mid-hike in California - helpless, lost, and confused on where I'm going, what I'm doing, and who I want to be in life.

However, I've come through all of this with the truth. That even when things are at the very worst, we will be okay. That money is a tool to achieve our goals and nothing more. That it is collaboration, ideas, and hard work which creates change. That our possessions are also our self-imposed chains. That there is a difference between existing and living. That kindness, compassion, and giving bring fulfillment. That love, although powerful, does not bring personal satisfaction - living a life of purpose does.

Individual experiences will vary of course, but one thing is for certain - that more important than money is the value of time; because when we control our time, we are able to pursue that which matters most to us.

This is exactly the meaning behind #livingwithlyft.

...celebrate my birthday...
...hiking the extraordinary lands of Death Valley, and...

This morning, after camping a few nights in Santa Fe, New Mexico with a wonderful woman who was my couchsurfing host in El Paso - I received a phone call and suddenly, everything changed.

It was Susanna at The Iron Yard academy. She told me I had been accepted into the iOS mobile development bootcamp and that the $12,000 tuition had been completely subsidized; that the cost of my education would now be the best word in the English language: FREE ($0.00)

I am absolutely stunned.

A feeling of excitement, gratitude, and astonishment has swelled itself up and taken permanent residence within the holds of my rib cage. It is a joy I've never felt before; it is phenomenal, and I wish it on everyone.

I was planning on going to the hot air balloon festival in Albuquerque, NM this weekend and then heading back up North to Denver for a month or so before leaving to visit the Northeast in order to see my Nana (grandmother) and friends there.

Instead, I leave the west today. I'm driving back the 26 hours to Orlando, FL where I'll attend the intensive 12 week program that will propel me into one of the most exciting industries of our time; the course begins next Monday, October the 5th of 2015.

That said, this may be my last post for awhile.

I'd like to say, that, we are all in this together; black, white, yellow; rich, middle class, poor; shy, outgoing, and mentally handicapped; left-brained and right-brained. What one of us does is reflected on the lives of all of us. Perhaps you didn't invent Google, but you likely use it every day (unless you are a Mormon missionary, live in China, or use another search engine). The same goes for the light bulb, plastic, and steel. Maybe you yourself are not a doctor or EMT, but it is likely that at some point in your life, one will grant you the unique ability to keep on living. Even if you are not an artist, you may still admire the artwork that can transform an uninhabitable town into a thriving city or a simple building into a tourist destination.

My point is that you do not have to be a millionaire to be happy. If you do what excites you, then not only you, but the rest of us will benefit too; so whatever you do - do it for the right reasons.

"If you want something in this life, reach out and grab it" Christopher Johnson McCandless

"You cannot live at all, unless, you can live fully - now" Alan Watts